The Song of Songs (שִׁיר הַשִּׁירִים‎, Šīr HašŠīrīm) is an interchange between two lovers (female and male) in both 'familiar' and 'intimate' senses: the poet longs for the Holy Spirit as a promise given by G*d (ie, of the Holy Spirit (divine/fraternal love)), and the experience He offers as physical sexual pleasure and the spiritual joy we feel in real life are equivalent.

The Christ, himself, speaks of 'the bride and the groom' in His parables consistently between the saved (the bride) and Himself (the Groom): eros is not considered 'evil' in the Judeo-Christian doctrine.

It be the pedophiles and homosexuals (no offense to homosexuals) that have made religion corrupt and confusing for the light-heads (like GWBush (current GOP rank and file) and Bannon/Trmup/Putin -the anti-Trinity) and idiots (Bannon/Trump and John Hagee/Putin), all of whom would be considered 'inadequate' and 'unacceptable' by Alexander the Great and most his contemporaries for not indulging in homosexual behaviour).

May our Lord logos/epistates touch you and you know the difference. Baruch Atah Adonai...

PS: I'm violently reactive to any unwelcomed touching/homosexual advances: you (a person) touch me (without my permission), you want a fat lip?

Jay
Posted by Jpt Arnakak at 18:14 No comments:

...well, actually: 'twatholethinskin' in the dictionary this is what comes up: 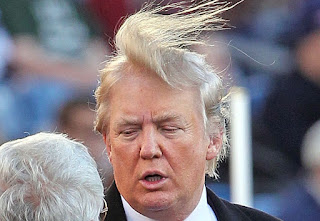 Now tell me that this not a pre-mature anticipation of a comb-over (deadpan), but the WTF!!! -didn't Ben Stiller already did that on Cameron Diaz?

Jay
Posted by Jpt Arnakak at 21:58 No comments:

It's in the science of it

If it be an edifice, its bricks and mortar are arranged just so and no else. Read it 'backwards' and its terminus is either a noun or a verb and its initial a pronoun or something like it (interestingly, Inuktitut can and does incorporate dual pronouns -- I...you; you...it; we...them; they...us... surlu, -jagit; -jait; -javuk; -jaagut, respectively) and inflect verb/noun phrases to render their relative position in a meaningful sentence moot being as the grammatical marker is encoded into the inflection: (using 'house')

-the structure, for lack of a better word, is beautiful in all possible ways.

-Inuktitut does not distinguish gender: 'he/she/it' are all encoded equally and similarly in the -li pronominal ending 'let him/her/it...' -- the distinction dependent upon the context and the subject/object of conversation is mutually understood).

The structure is intertwined and helical in its links. But, it has chirality, -- a sense of left and right -- an asymmetry in the system that requires a solution for a snugly fit. It works beautifully.

And this is merely scratching the surface, so to speak, of the beauty I see in the Inuit language. This same splendor is manifest in all languages. Really.

The glory of G*d interpenetrates and transcends all of creation, from the subatomic to the filaments of galactic dust that comprise our known universe.

Jay
Posted by Jpt Arnakak at 09:34 No comments: